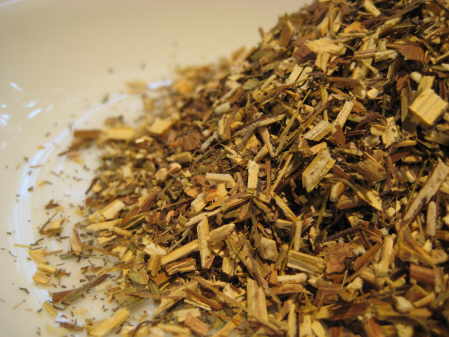 Southernwood (Artemisia abrotanum) is a member of the genus Artemisia, along with mugwort and wormwood (an ingredient in absinthe). It has a strong camphor-like odour and was historically used as an air freshener or strewing herb.

Southernwood is antiseptic. Its traditional use was to treat liver, spleen and stomach problems and was believed by the 17th century herbalist Culpeper to encourage menstruation. It is seldom used medicinally today, except in Germany, where poultices are placed on wounds, splinters and skin conditions and it is employed occasionally to treat frostbite. Its constituents are reputed to stimulate the gallbladder and bile, which improves digestion and liver functions. The leaves are mixed with other herbs in aromatic baths and it is said to counter sleepiness ( A more modern use of the herb these days). An infusion of the leaves is said to work as a natural insect repellent when applied to the skin or if used as a hair rinse is said to combat dandruff.