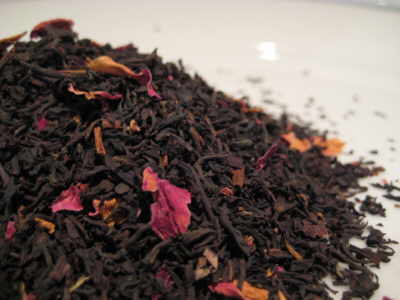 China Rose Congue is a Prime China tea blended with dried rose petals, for a delicate and slightly scented brew.