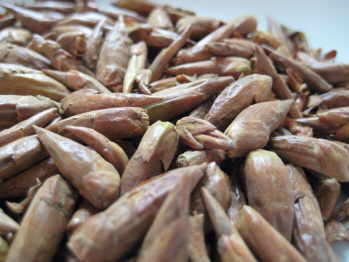 Product of the USA

Populus balsamifera from which this Balm of Gilead is sourced is the name given to  several plants belonging to different taxonomic families.

Balm of Gilead is still in high repute for healing in some countries. The American balm buds (which this product is) is a species of poplar
(Populus candicans or balsaifera ) of the family Salicaceae ( willow family ) which has large balsamic and fragrant buds. The tree is seldom seen in the wild but was once and formerly a favourite dooryard tree of the northern states.

Traditional Uses for Balm of Gilead:-