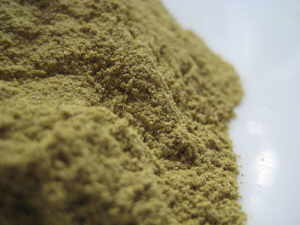 Chamomile Flowers powder is simply the whole flower ground into a fine Powder form  for ease of use.

There are two plants known as chamomile: the more popular German chamomile (Matricaria recutita – this product) and Roman, or English, chamomile (Chamaemelum nobile). Although they belong to different species, they are used to treat similar conditions. Both are used to calm frayed nerves, to treat various digestive disorders, to relieve muscle spasms, and to treat a range of skin conditions and mild infections.

The popular use for chamomile flowers powder is for anxiety and insomnia. Studies in humans are few, but animal studies indicate that low doses of chamomile may relieve anxiety, while higher doses promote sleep.