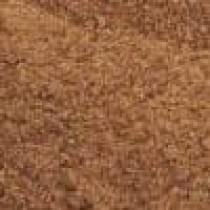 Powdered Burdock Root contains flavonoids and many antibacterial substances such as arctiol, fukinone and taraxasterol and are mildly laxative, mildly diuretic, and depurative in that order.

Powdered Burdock Root is a valuable remedy for the treatment of dry and scaly skin conditions such as psoriasis and eczema. It cleanses the blood, and should be used gently over a period of time. It may be used as part of a wider treatment for rheumatic complaints.

An infusion of Powdered Burdock Root may be applied to cracks, grazes, chapped skin and insect bites. It has an antimicrobial action which has been attributed to the polyacetylenes in the plant. This explains its reputation for treating toxic conditions resulting in skin eruptions such as boils; it is also useful in treating acne. An extract of the root called (not all that surprisingly) Burdock Root Oil is used to stimulate hair growth in cases of alopoecia with some noted success.