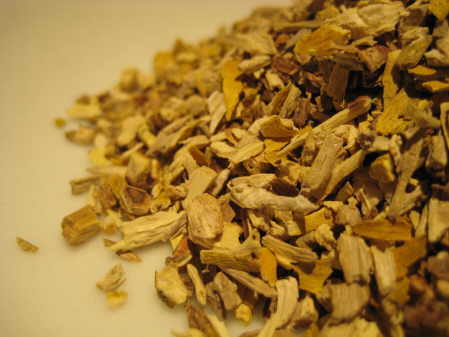 Mountain Grape Root, also known as Oregon Grape Root and seldom nowdays as Holly Leaved Barberry, is a native plant on the North American west coast from British Columbia to northern California, occurring in the understory of Douglas-fir forests and in brushlands. It is the state flower of Oregon.

The plants were introducd to the North American continent by European settlers and quickly, the Native American population of First Nationals used the ultra bitter berries as food, eating them raw or making a kind of jam from them. They quickly discovered the root of the plant’s medicinal qualities however and used it as a consequence for appetite loss and general debility amongst other complaints.