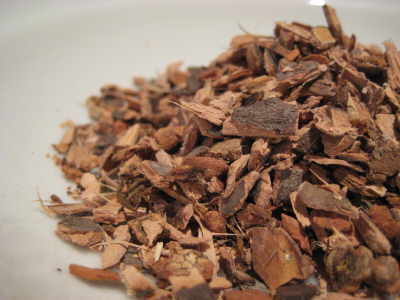 Cramp Bark  is a species of Viburnum, native to Europe and Asia. Some botanists also treat the closely related North American species Viburnum trilobum as a variety of it (as Viburnum opulus var. americanum Ait.), or a subspecies, Viburnum opulus subsp. trilobum (Marshall) Clausen.

The common name for Cramp Bark is  ‘Guelder Rose’ which appears to have originated because a popular cultivar, the Snowball tree supposedly first originated in the Dutch province of Gelderland. The profusion of berries which the plant produces can be eaten like cranberries, although too many will give you a belly ache  (the berries are a laxative after all) so be moderate in your consumption if trying them out. They are nice tasting, tangy and slightly sour with a peppery note.