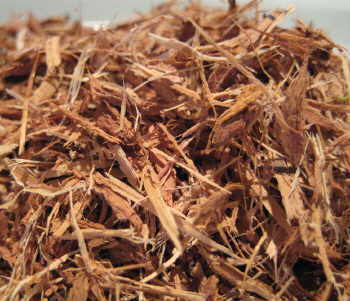 Oak Bark (Quercus robur) is dried and used in many medical preparations. It is extremely rich in tannin, and is used by tanners for tanning leather and the bark itself, produces a rich dark dye. Acorns are used for making flour or roasted for acorn coffee. Oak galls were once used for centuries as the main ingredient in manuscript ink, harvested at a specific time of year.

In medicinal circles though, oak bark has long been recommended and signally praised for its astringent and draining properties, especially with stomach and various intestine disorders. It was once used for foot baths and painful menstruation to name but two other historical uses but there is some considerable evidence to suggest that an infusion of oak bark will help in cases of diarrhoea, mouth sores, and soothe the painful itch of haemorrhoids and soothe the irritation of eczema, the latter two conditions requiring the infusion to be applied topically and not internally. To this editor’s knowledge, no trials have been undertaken to prove these points one way or another however.

Because of the hard nature of the dried material it is best to soak the roots, wood or bark of plants first and leave for 12 hours, the resultant infusion should then be slowly heated for around 10 minutes, strained and sipped slowly.

The oak was considered a sacred tree in Anclient Greece and dedicated the King of the Gods, Zeus. In Dodona where there was a sacred precinct to Zes it was said that the priest and the oracle would determine the God’s meaning by interpreting the rustle of the oak leaves!