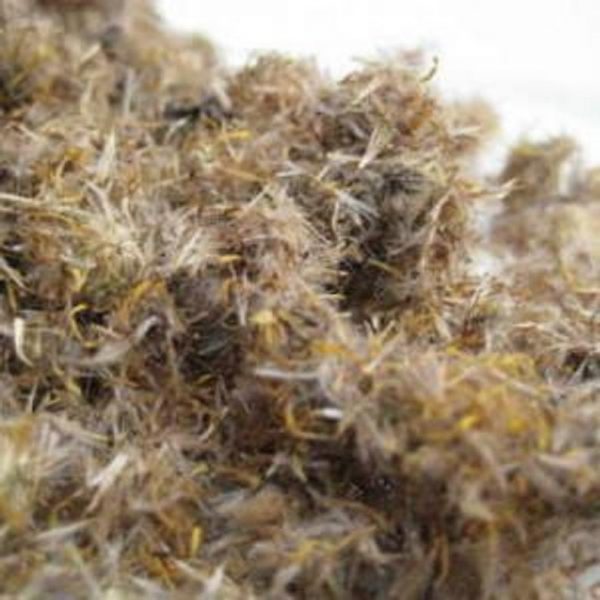 There are around 40 different Inula species and this herb is related to the Western Inula helenium which is commonly known as Elecampane, Horse-heal, Velvet Dock, Scabwort, Yellow Starwort, Alant, Elfdock, Wild Sunflower, Elfwort or Marchalan in Europe and N America,

It is a rather rigid herb, the stem of which attains a height of from 3 to 6 feet; the leaves are large and toothed, the lower ones stalked, the rest embracing the stem; the flowers are yellow, 2 inches broad, and have many rays, each three-notched at the extremity. The root is thick, branching and mucilaginous, and has a warm, bitter taste and a pleasant camphoraceous odour. The medicinal parts of inula are its roots and rhizomes, which are collected in the early fall or winter for herbal preparations. The rhizome has a strong odor and a bitter, pungent taste.

The medicinal plant parts on Inula japonica are contained within its root and rhizomes and its flowers. They are collected in Autumn and the rhizome has a very strong aroma with a most bitter and pungent flavour. The flowers are also used and are effective in the remedial action for Asthma and bronchitis although Chinese Medicine also uses the herb for a number of other complaints of the kindeys and Liver. It is classified as bitter, acrid, salty, slightly warm.

It is an expectorant, anti-tussive, diaphoretic, hepatic, and anti-microbial