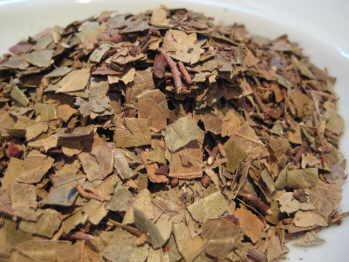 Wintergreen Herb is a shrub-like plant that grows up to six inches in height and bears foliage all year round. When the plant is young it bears pale or yellowish green elliptical leaves that are delicately jagged or toothed. However, the mature leaves are rubbery and lustrous. The surface of the mature leaves is dark green in colour, while below they are lighter. Wintergreen bears bell-shaped white flowers during the months of July-August and these are followed by red fruits.

Used as a remedy for rheumatism native Americans and early settlers used a tea prepared from the Wintergreen Herb. Interestingly, when the American nationalists boycotted British tea during the American Revolution, they used Wintergreen Herb tea as a substitute. Once acquainted with the properties of the wintergreen Herb tea, the American settlers also used it to cure headache, muscle pains and colds. These days, herbalists suggest the external application of wintergreen oil to alleviate  owing to injuries as well as to heal swellings and irritations of the joints and the muscles.

Earlier, wintergreen was also used to add essence to sweets, cough drops as well as toothpastes. Incidentally, the practice still continues as many such products available on the market suggest the usage of wintergreen extracts even today. However, over the years, the herb has mostly been substituted by synthetic substances. Therefore, these days it is only animals like the deer and the partridge that thrive on the original evergreen herb as it serves as their staple food during the winter months.

As a medicinal herb Wintergreen has numerous functions. The herb is robustly anti-inflammatory, has antiseptic properties and is comforting to the digestive system. While Wintergreen is an efficient medication to heal rheumatic and arthritic problems, the tea prepared with the herb helps in alleviating flatulence and colic.

The oil extracted from Wintergreen leaves is used as a cream or ointment and applied externally for the relief of pains and spasms. Wintergreen oil relaxes irritating, engorged or aching muscles, ligaments and body joints. It has also been found to be useful in helping manage neurological conditions like sciatica (an excruciating pain owing to pressure on a nerve in the lower part of the vertebrate column) as well as trigeminal neuralgia (pain distressing the facial nerve). Wintergreen leaf oil is also beneficial in healing cellulites, an infection caused by bacteria that leads to the swelling and irritation of the skin. the herb to cure headaches, painful muscles as well as sore throats.

All over the world people use wintergreen, especially for its oil extract which contains methyl salicylate. Methyl salicylate forms the base of the aspirin group of medicines and hence it is easy to understand why wintergreen is so effective in alleviating pains and inflammation in different body parts. This also explains why the herb is a useful medication in treating rheumatism.