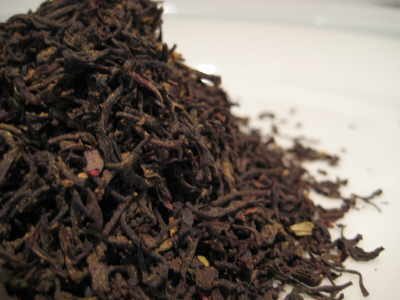 Indian Spiced Chai, one of the most popular teas in India, is most often made in an “all in one fashion” with all the ingredients simmered for a few minutes in one pot or saucepan. This is a tea that is traditionally made with mostly milk and cow’s milk is, by and large, not available in India; they use buffalo milk. A western approximation would be half evaporated milk and half cows milk or half evaporated milk and half water. Indians have a sweet tooth on the whole and this tea is usually drunk with plenty of sugar but sugar or not – it is a delicious warming spicy winter tea when the the chillier days and evenings prevail.