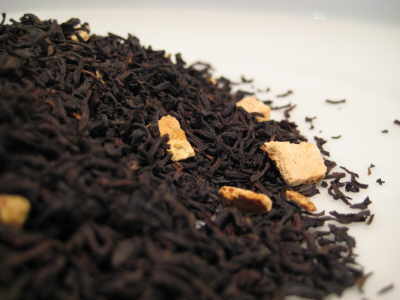 Orange Flavoured Black Tea comprises fine blended Indian Assam and Darjeeling black teas from northern India tea gardens, selected and then further blended and delicately scented with freeze dried Orange pieces and extract and sunflower to enhance and complement the flavour of the tea. It makes a warming tea on a winter’s eve and a refreshing fruity iced tea.