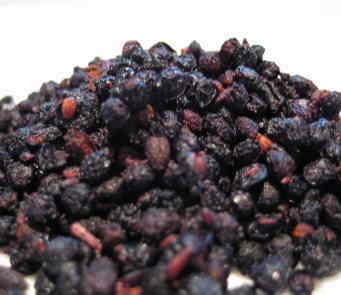 Elder Berry (Sambucus nigra) is a genus of between 5-30 species of fast-growing shrubs or small trees (two species herbaceous), formerly treated in the honeysuckle family Caprifoliaceae, but now shown by genetic evidence to be correctly classified in the moschatel family Adoxaceae.