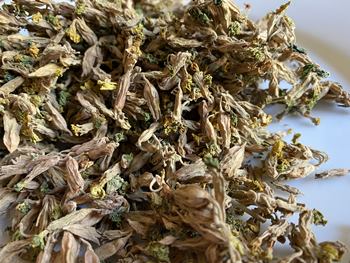 Primula veris from which Cowslip Flowers are obtained is a member of the primrose family. The name Cowslip is derived from the word “cowpat” (Old English “cuslyppe”) from where Cowslips would spring up when they were common in the wild.  It is also variously known as Paigle, Key Flower, Fairy Cups and Mayflower