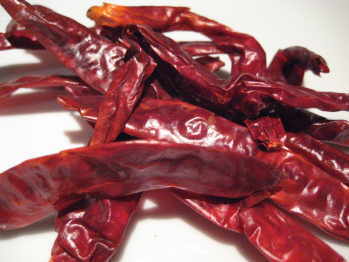 The Scoville scale begins at zero with mild bell peppers and moves to the lower range of peppers measuring 1,500 to 2,500 such as cascabels, four out of ten. The Jalapeño is mid range at about 2,500 to 5,000 Scoville units. The eight out of ten chillies such as cayenne, aji and pequin will rate about 30,000 to 50,00 units, while the habernero which rates as one of the hottest comes somewhere between 100,00 and 500,000 units. There are hotter chillies – The Naga for instance!