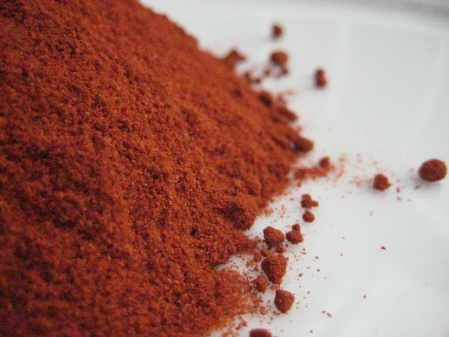 It is a popular ingredient in many Mediterranean recipes. Anyone from Spain swears by this Paprika. While, anyone from Hungary swears by Hungarian Paprika! The peppers are dried, slowly over an oak burning fire for several weeks. The result is a sweet, cool, smoky flavour. Popular for dishes such as gratin of leafy greens and crispy potatoes, fish dishes, spinach and chickpea stew or bean dishes.

Smoked Paprika is from the La Vera region of Spain. The smoked Paprikas are naturally wood-smoked before grinding, giving them a delicious, robust aroma and flavour. Use Smoked paprika in small quantities to give added depth of flavour to stews and casseroles. Add to pasta dishes and pizza.

Hungarian Sweet Paprika is very red in colour and has no background bitterness. It is used in Hungarian Goulash and many European recipes for a little heat, lots of flavour and much colour. It has a particular affinity with egg dishes and is a staple spice in many slow cooked stews and rice dishes too. It is used as a colouring agent in foods and cosmetics. Its inclusion in foods fed to zoo flamingos help them keep their pink plumage bright and beautiful.

History of Chilli and Paprika:-

Christopher Columbus is credited with bringing the chilli pepper to Europe. Aristocrats originally cultivated capsicum as ornamental plants until eventually their culinary value was recognised. By the 1560’s, these peppers had reached the Balkans where they were called peperke or paparka. The peppers soon migrated to Hungary, now renowned for its paprika. The Szeged and Kalocsa regions of Hungary are the best known producers of sweet paprika. The Paprika Museum makes its home in Kalocsa, and the city celebrates its famous spice with the Paprika Festival each year in October.

It wasn’t until the mid-1900s that the spice stepped into the limelight of Western kitchens. Spain, South America, Mediterranean regions, India, and California join Hungary as major producers of it.