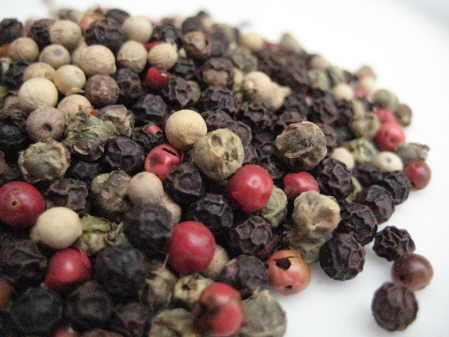 Black, Green and White peppercorns (Piper nigrum) are all products of the same plant but each is harvested and handled differently and are blended here in this Mixed Peppercorns selection with the Red peppercorns (Schinus molle).

The Red or Pink peppercorn, (Schinus molle), usually the fourth component in Mixed Peppercorns blends, is not actually a member of the pepper family although it is often marketed as such. This faintly sweet spice from Reunion Island does, however,  enhance the flavour of the other true peppers.