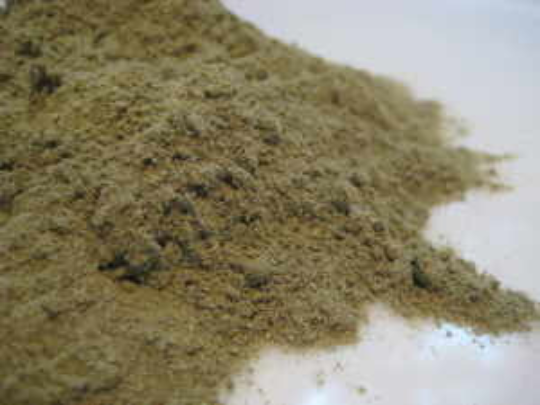 Barley Grass is a major cereal grain which grows in temperate global climates It was one of the first cultivated grains, particularly in Europe and Asia as early as 13,000 years ago. It has also been used as animal feed, as a source of fermentable material for beer and spirits and nowdays as a component of various health foods and supplements.

It is used in soups and stews, and in bread and  Barley grains are commonly made into malt in a traditional and ancient method of preparation.

In a 2007 ranking of cereal crops in the world, barley was fourth both in terms of quantity produced (136 million tons) and in area of cultivation (566,000 square kilometres or 219,000 square miles)

Organic Barley Grass (Hordeum vulgare ) in powder form like this product is to make it easier to incorporate into smoothies and health drinks. It is made from the very young barley shoots. These are absolutely full of minerals and vitamins and are gluten free.

The grass is usually hand harvested when collecting so young for this type of product.

Like Oat Straw, Barley Grass contains more calcium than fresh milk, and also more iron than spinach and more fibre than brown breads and a multitude of natural vitamins and minerals.

As a general rule, as there is no science attached to it, a couple of teaspoons of barley grass powder added to your smoothie ingredients before liquidising it is what most people do. If you want to add more or less – its up to you. Some people just use the barley grass to make a smoothie of just the product.

In old English the word for ‘barley is bære and the word barn, which originally meant “barley-house”, is also from the same root.