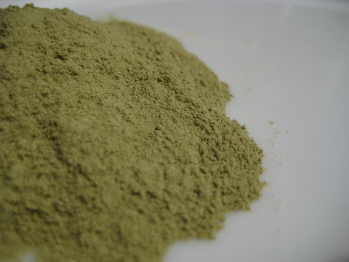 Hop Flowers Powder or more properly the Hop is a small genus of flowering plants, native to the temperate Northern Hemisphere. The female flowers, commonly called Hops, are used as flavouring and stabilisers during beer brewing.

The flavour imparted by hop flowers powder varies by type and use: boiled with the beer (known as “bittering hops”) produce bitterness, while added to beer later imparts some degree of “hop flavour” (if during the final 10 minutes of boil) or “hop aroma” (if during the final 3 minutes, or less, of boil) and a lesser degree of bitterness. Adding hops after the wort has cooled and the beer has fermented is known as “dry hopping”, and adds hop aroma, but no bitterness. The degree of bitterness imparted by hops depends on the degree to which otherwise insoluble alpha acids (AAs) are isomerized during the boil, and the impact of a given amount of hops is specified in International Bitterness Units. Unboiled hops are only mildly bitter.

The first documented instance of pwdered hops cultivation was in 736, in the Hallertau region of present-day Germany (which is today the most important production centre with about 25% of the worldwide production), although the first mention of the use of hops in brewing was in 1079. Hops were introduced to British beers in the early 1500s, and hop cultivation began in the present-day United States in 1629.