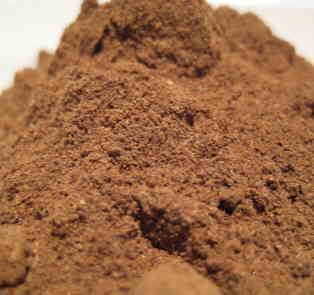 Powdered Liquorice Root or licorice is the root of Glycyrrhiza glabra, from which a sweet flavour can be extracted. The liquorice plant is a legume (related to beans and peas) and native to southern Europe and parts of Asia. It is a herbaceous perennial, growing to 1 metre in height, with pinnate leaves about 715 centimetres (36 inches) long, with 917 leaflets. The flowers are 0.81.2 cm (1/3 to 1/2 inch) long, purple to pale whitish blue, produced in a loose inflorescence. The fruit is an oblong pod, 23 centimetres (about 1 inch) long, containing several seeds.