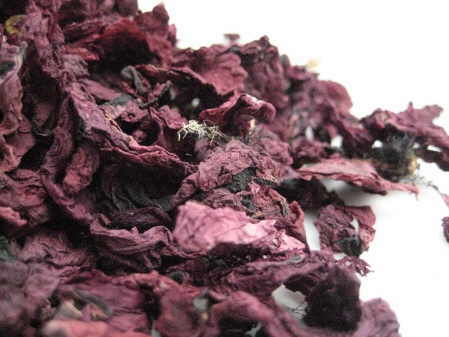 Papaver rhoeas  from which Red Poppy Petals are obtained are also called the common poppy, corn poppy, corn rose, field poppy, Flanders poppy or just red poppy is an annual herbaceous species of flowering plant in the poppy family, Papaveraceae. This poppy is commonly thought ofas an agricultural weed (hence the common names including “corn” and “field”) but after World War I, The Great War, as a symbol of armistice and remembrance (but not in all countries)