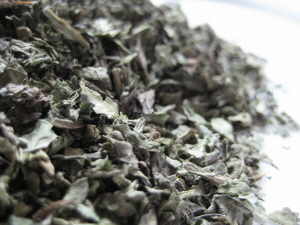 PLEASE BE AWARE THAT MILKTHISTLE HERB IS USUALLY EMPLOYED IN HERBAL MEDICINE WITH CONCOCTIONS MADE FROM THE SEED AND NOT THIS CUT HERB. THE SEED IS MUCH STRONGER AND CONTAINS FAR MORE OF THE CONSTITUENTS FOR WHICH MILKTHISTLE IS KNOWN, THE PROTEINS AND LIPIDS, FLAVONOLINANS KNOWN COLLECTIVELY AS SILYMARIN WHICH CONTAIN SILYBININ, ISOSILYBININ,SILYCHRISTIN AND SILYDIANIN. HOWEVER MANY PEOPLE PREFER THE CUT HERB FOR TEA AS IT IS MORE CONVENIENT AND USE THE SEEDS FOR EATING OR TINCTURE MAKING

Milk Thistle (Silybum marianum) according to modern research, contains a range of phytochemicals which make the plant particularly useful for people suffering with toxic overload, either from exposure to poisons & toxic chemicals; from taking drugs for other conditions; or even for those simply suffering from a hangover.

From ancient times the Milk Thistle has been widely taken on a regular basis to improve overall health. Dioscorides recommended the seeds as a bitter tonic, capable of powerfully rejuvenating the liver, and Arabian physicians used the plant both to stimulate the appetite & the digestive processes, to promote bile, to strengthen liver function & to treat poisoning, jaundice & to help treat hepatitis.