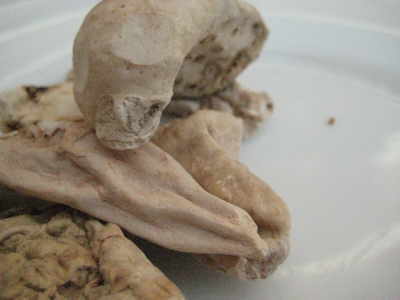 Orris Root (Iris germanica, Iris florentina, and Iris pattida) is a perennial plant with sword-shaped leaves and highly scented, pale blue flowers. The fleshy rootstock (rhizomes) grow just below and along the ground. The rhizomes are dug up in August and freed of the rootlets and brown outer bark, and then they are dried.

Orris Root is a fixative used in potpourri for its colour and its scent, which is similar to Violets. Most commercial orris is produced in Italy where it grows wild.

Orris Root tea was used to treat bronchitis, colds, coughs, diarrhoea, and dropsy. It is still used to strengthen gums and freshen breath. The Root has diuretic, emetic, and cathartic properties. It can also be used for colic and liver congestion. 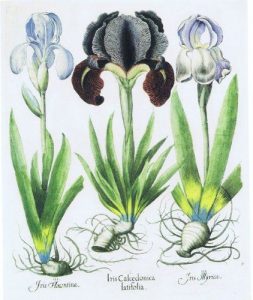 The ancient arms of Florence – a white Lily or Iris on a red shield – seem to indicate that the city was famed for the growth of these plants.