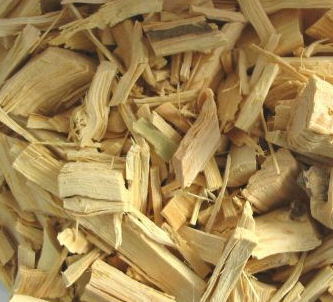 Quassia Chips (Quassia amara) are from a tree the genus of which is in the family Simaroubaceae. Its size is disputed; some botanists treat it as consisting of only one species, Quassia amara from tropical South America, while others treat it in a wide circumscription as a pantropical genus containing up to 40 species of trees and shrubs.

For many years, it was the most famous fever remedy in the world, until the appearance of synthetic drugs. Today, it is still used, or remembered, as a treatment to kill lice in the hair of children and as a general insecticide. It is very effective  at this –  This editor can testify.

The therapeutic properties of the tree, it is said, were divinely revealed to a lowly, Surinam Negro slave, named Graman Quassia. With this knowledge of the tree, he made a tea of the wood from the tree and used it as a remedy to help many people with a deadly fever, blacks and whites alike, all who needed it he freely gave, and they were healed and restored to health.

He kept his recipe to himself for a long time. White doctors looked on and saw the tremendous success he was having of saving lives, and pressured Graman Quassia to sell his secret for a large sum of money. Eventually, in 1756 he shared his life-saving quassia recipe and a large supply was taken to England, and, at once, Quassia became famous in Europe. But, owing to the small size of the trees, the remedy became scarce, until the larger and more abundant tree variety was found growing, plentifully, in Jamaica.