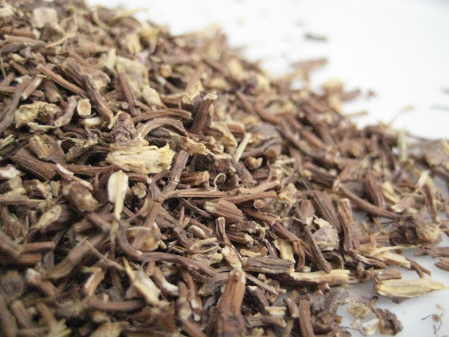 The plant parts used are the flowers and, more rarely, the root or rhizome stock. It is an expensive herb by today’s standards and purists who only want the root stock have to pay a premium for the fact that the plant has to be dug up to obtain it, therefore, its perennial status is terminated.

It is rarely, if ever nowdays, used internally and almost always applied topically as a tincture, ointment, oil infusion or macerated in oil. Tinctures and salves or ointments made using Arnica Root are used for sprains, bruises, wounds, etc. Arnica preparations are commonly used externally.

Arnica is not commonly used internally because of the irritant effect on the stomach and has been known to cause poisoning. A surfeit of ingested Arnica will cause vomiting, diarrhoea, and bleeding of the mucous membrane tissues.

It is, in addition, Anti-phlogistic (anti inflammatory) an analgesic, antiseptic, diuretic, stimulant.

To make an infused oil of Arnica Root:-

Take a very clean (because you have washed it thoroughly) glass jar and sterilise it by putting it into a moderately hot oven for ten minutes. Be careful when you take it out – the heat of the oven will kill most bacteria or microbes but the glass will be too hot to handle.

Fill the jar with fresh or dried herbs, and cover the herbs with oil (whichever you favour as a cold pressed carrier oil – sunflower is often used but I happen to favour Jojoba) Cover and keep in a dark place and let it infuse for between 4 and 6 weeks. Agitate the jar occasionally and open it to check for fermentation (which you don’t want) a couple of times during this period.

Strain through a relatively fine sieve to remove as much plant material as you possibly can and store the resultant oil ( which will now be a different colour) in dark place or in the refrigerator.

Some people tend to like to warm the oil used initially but I would not recommend the solar method ( leaving the oil to infuse in sunlight ) as this detroys much of the plant’s volatile oils which you are trying to infuse.