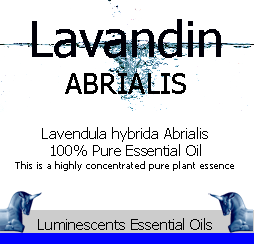 A specific cultivar of lavadin known as Abrialii or Abrial or Abrialis (THIS PRODUCT) formed the basis of the French lavender industry from 1935 to the 1970s. However this variety was susceptible to disease from a pathogenic microorganism. The disease cut the plant life from around eight to ten years to three or four. In 1972 Abrialii was replaced by Grosso and since 1975 Grosso has been the dominant cultivar. Also in use today is the variety Super discovered in the foothills of the Alps.