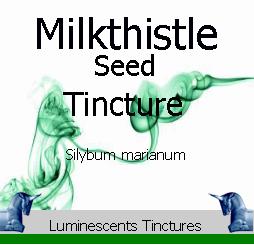 MilkThistle Seed Tincture (Silybum marianum) according to modern research, contains a range of phytochemicals which make the plant particularly useful for people suffering with toxic overload, either from exposure to poisons & toxic chemicals; from taking drugs for other conditions; or even for those simply suffering from a hangover.