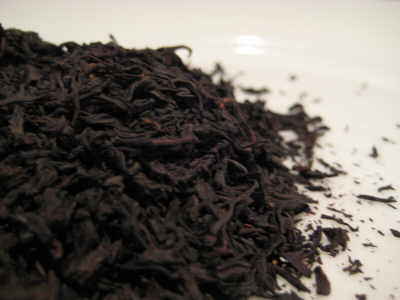 China Lapsang Souchong Black Tea is a very distinctive tea with a smoky, tar like flavour, achieved by drying the leaves over smoking fires made of pine shards. As a smoked tea it is best drunk with a slice of lemon or orange than with milk.

It is originally from the Wuyi region of the Chinese province of Fujian and is occasionally just called Smoked Tea. Some claim that it was the first tea ever manufactured in China but the basis of this claim is so spurious it is worth mentioning as anecdotal only.