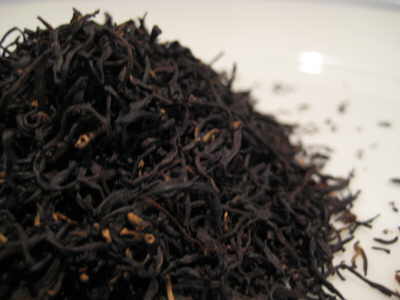 China Mao Feng Keemun is a famous  Chinese Black Tea. It was first produced in late 19th century and quickly became popular in the West and is still used for a number of classic blends. It is a light tea with characteristic stone fruit slightly smoky notes in the aroma and a gentle, malty, non-astringent taste reminiscent of unsweetened cocoa. Top varieties have orchid-like fragrance and additional floral notes in the flavour.