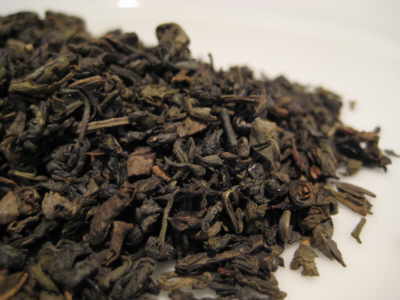 Earl Grey Green Tea from China with the delicate flavour of bergamot. It makes a light and refreshing drink that’s popular both hot and iced. If you are new to green tea, this bergamot flavoured tea may be a good place to start.

The Earl Grey blend, or “Earl Grey’s Mixture”, is assumed to be named after the 2nd Earl Grey, Charles who was the British Prime Minister in the 1830’s and author of the reform bill of 1832. The story goes that he received a diplomatic gift of tea flavoured with bergamot and liked it so much that he did a great deal to popularise it. However they would not have used green tea at the time.

It is only in recent times that the traditional black tea Earl Grey blend has been joined by this modern green tea and oolong tea varieties.