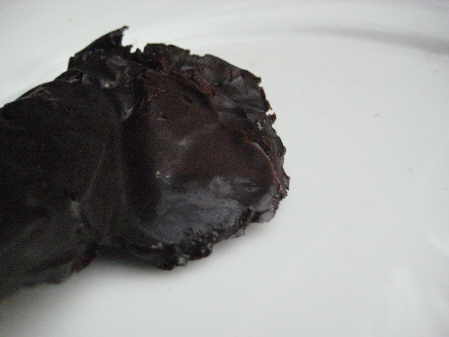 Labdanum resin is soft, malleable and sticky. Best kept refrigerated for an hour or so before use for easy handling

Labdanum Resin is also known as  Ladanum, Laudanum, Ladan or Ladanon is much valued in perfumery (and lesser so in herbal medicine nowadays) because of its property resemblance to Ambergris, which has been banned from use in many countries because its precursor originates from the sperm whale, which is an endangered species even though no whale is harmed by the collection of Ambergris. Modern use of Ambergris is virtually all synthetically produced nowadays as are most modern perfumes. Labdanum, as a natural substance has similar fixative and base properties. It is also known as Rock Rose or Jara along with those names listed above.

The resin is extensively used as a fixative in various fragrance applications, as well as being useful in skincare for the treatment of wrinkles, mature skin, and dry skin.

The resin, by its very nature, is soft and malleable and will become very sticky and unmanageable at room temperature or extreme ambient temperatures. Store the resin, in its unopened packaging quite normally in consistently cool and dark conditions ( as with all herbs and resins ) and prior to intended use, put the product, in its unopened packaging, into the freezer for 15 minutes or the refigreator for 60 mins. This will harden the resin enough for it to come away cleanly from its packaging when opened and to handle although as soon as it becomes soft it will stick to your fingers if handled without protective gloves. This can be removed with alcohol in what is colloquially termed as “elbow grease”.