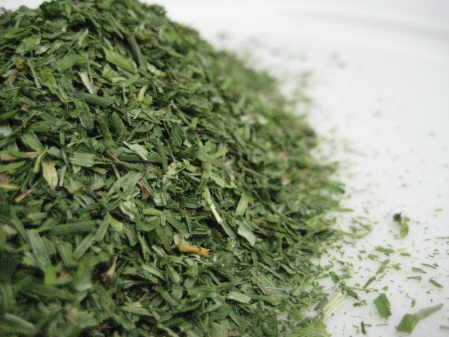 Chives, (Allium schoenoprasum) is the smallest species of the onion family Alliaceae and is native to Europe, Asia and North America. They are referred to only in the plural, because they grow in clumps rather than as individual plants. Allium schoenoprasum is also the only species of Allium native to both the New and the Old World.

Culinary uses for the herb involve shredding its leaves (straws) for use as condiment for fish, potatoes and soups. Because of this, it is a common household herb, frequent in gardens as well as in grocery stores. It also has insect-repelling properties which can be used in gardens to control pests.

The plant is grown for its leaves, which are used for culinary purposes as a condiment and which provide a somewhat milder flavour than its neighbouring Allium species.

Chives have a wide variety of culinary uses, such as in traditional dishes in France and Sweden, among others. In his 1806 book Attempt at a Flora (Försök til en flora), Retzius describes how chives are used with pancakes, soups, fish and sandwiches. It is also an ingredient of the gräddfil sauce served with the traditional herring dish served at Swedish midsummer celebrations. The flowers may also be used to garnish dishes.

Chives are one of the “fines herbes” of French cuisine, which also include tarragon, chervil and/or parsley.