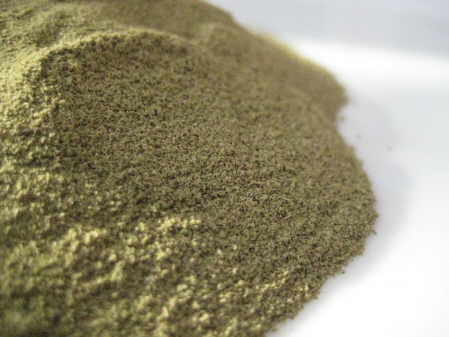 This fine ground product is used in the cooking process and unlike the whole or chopped leaf, is not extracted from the final dish which means that you are also eating the herb rather than extracting just a touch of flavour of the herb from the otherwise discaded leaf.

It makes for a different taste experience and one we heartily recommend.