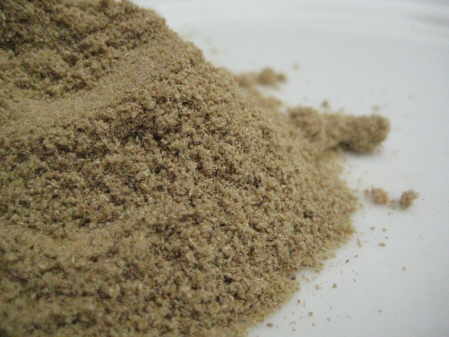 Ground Fennel is harvested from a species in the genus Foeniculum (treated as the sole species by many botanists), and is native to southern Europe (especially the Mediterranean) and southwestern Asia. It is a member of the family Apiaceae, formerly the Umbelliferae.

It is a highly aromatic perennial herb, erect, glaucous green, and grows to 2 m tall. The leaves grow up to 40 cm long; they are finely dissected, with the ultimate segments filiform, about 0.5 mm wide. The flowers are produced in terminal compound umbels 515 cm wide, each umbel section with 2050 tiny yellow flowers on short pedicels. The fruit is a dry seed from 49 mm long, half as wide or less, and grooved.