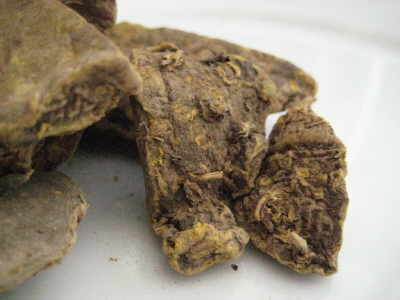 Also known as Wild Turmeric or Musk Turmeric and some of the local names are Vana Haridra, Kasturi Manjal, or Pasuppu

Curcuma aromatica, the source of Wild Turmeric, is one of the species related to common or yellow turmeric (Curcuma longa) . It is known as Wild Turmeric or Musk Turmeric and some of the local names are Vana Haridra, Kasturi Manjal, or Pasuppu

In the Curcuma family, it is the second most common species cultivated for its rhizomes. This species is rich in volatile oil compounds.

Camphene and camphor are also present in the spice and is the reason this rhizome has a distinct camphoraceoius aroma and also the reason it is calssified as Curcuma aromatica.

Curcuma aromatica has a lower concentration of curcuminoids than the rather more common Curcuma longa.