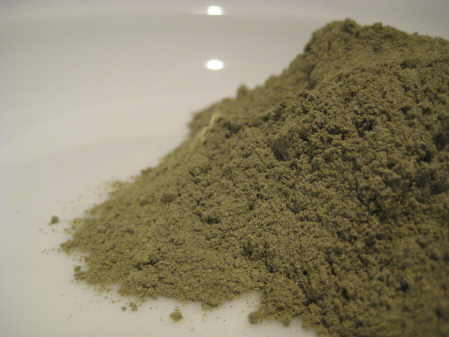 Lemongrass (Cymbopogon flexuosus) is a robust grass native to Asia, Africa and Australasia. Some species are commonly cultivated as culinary and medicinal herbs (as this is) because of their scent, resembling that of that of lemon

It is also known by a variety of other names such as Barbed Wire Grass, Silky Heads, Citronella Grass, Cha de Dartigalongue, Fever Grass, Tanglad, Hierba Luisa, and Gavati Chaha.

is a very pungent herb and is normally used in quite small amounts. The entire stalk of the grass can be used. The grass blade can be sliced very fine and added to soups. The bulb can be bruised and minced for use in a variety of recipes.

The light lemon flavour of this grass blends well with garlic, chillies, and Coriander ( Cilantro in the USA). The herb is frequently used in curries as well as in seafood soups. It is also used to make a really refreshing tea. The blades are best used for tea. The stalks must be soaked in boiling water for 24 hours before use. The powder can be added to the food during cooking ( especially soups ) which, of course, is consumed unlike the blades or stalks which are usually discarded at the end of the cooking process.

The dried product is best soaked and re-constituted before use in cooking and as a general rule substitute 1 tablespoon of dried lemongrass for each fresh stalk. To make a tea simply use one generous pinch of the blades in a drinkable measure of boiled water.