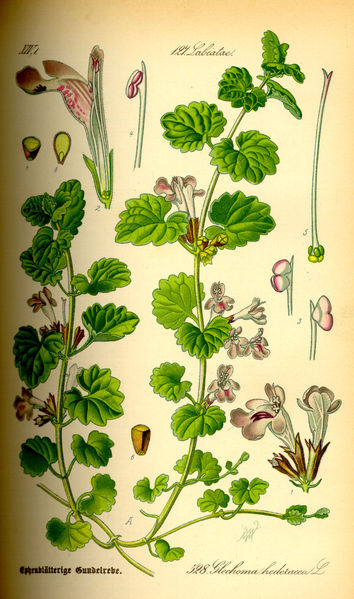 The whole herb is gathered or harvested in early May to June when the blueish flowers are still at their freshest.

It is credited with being an Appetizer, Astringent, Digestive, Diuretic and tonic and is particularly used for headaches and as a soothing tea for coughs – it was once used for the diseases once called consumption but which we now know better by its proper name of tuberculosis but no records exist of its effectiveness in this regard.

The liquor or a cold infusion from the, plant has been used to help with sore tired eyes and as a bathing liquor for a black eye, helping to reduce the swelling and colouration.

It is rich in vitamin C and has a distinctive, mildly peppery flavor; it can be cooked as a pot herb

The plant has been used instead of animal rennet for making cheese.

It is no longer recommended in the modern pharmacopea and has fallen into some disuse as a result.