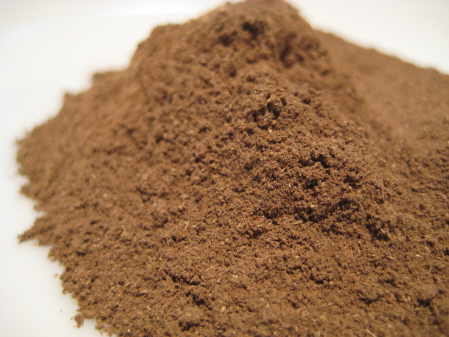 Also known as Garden Valerian (to distinguish it from other Valeriana species), Garden Heliotrope (although not related to Heliotropium) and All-Heal.

Powdered Valerian Root (Valeriana officinalis) is a hardy perennial flowering plant, with heads of sweetly scented pink or white flowers. This “sweet” smell is quite overpowering when the flower is placed into a vase. The flowers are in bloom from June to September.

Powdered Valerian Root is reputed to be a sedative. It has, in the past, been recommended for epilepsy as it is antispasmodic but that was in the late middle ages and that has not been supported by modern research. The main current use of Valerian is as a remedy for insomnia, with a recent meta-analysis providing some evidence of effectiveness. Large doses are reputed to cause withdrawal symptoms when stopped, as it is considered, by some, to be mildly addictive. In this editor’s opinion repeated large doses constitute a much larger dose than one would normally ingest and the mild addictiveness referred to is largely due to folklore than fact. Those with liver disease are advised not to use Valerian. Valerian is the source of Valeric Acid.