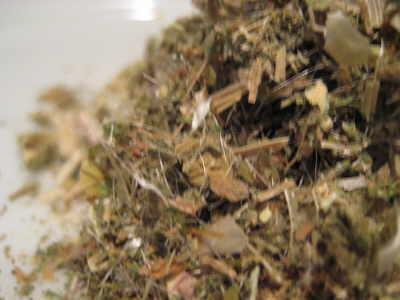 Holy Thistle is a Mediterranean plant but has been introduced to other parts of the world, notably North America where it is considered n invasive weed. It is also known as Blessed Thistle, St. Benedict’s Thistle, or Spotted Thistle

The use of Holy Thistle has been recorded as far back as the early sixteenth century for treating smallpox, fever, anorexia, dyspepsia, indigestion, constipation, and flatulence.

The plant gained the title holy for its use in treating plague.

Holy Thistle is also used as a strong but gentle liver tonic herb, promoting metabolic activities in the liver cells and toxin elimination. It is especially noted as a tonic herb for women.

Some individuals use this herb, as they would its cousin, Milk Thistle, as a remedy for gallbladder and liver disorders.

It has no culinary use really although some ancent texts mention it thus. It is incredibly bitter and unpalatable.