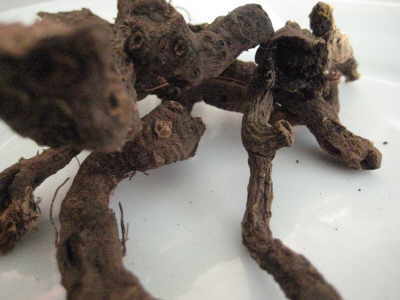 Persicaria vivipara ( also known as Polygonum viviparum or Bistorta vivipara ) from which Anjbar Root is obtained, is a common perennial herbaceous flowering plant in the knotweed and buckwheat family, Polygonaceae.

It is mostly known as Anjbar Root in Ayurvedic discipline or commonly, in the West, as Alpine Bistort. It is a common plant all over the high Arctic through Europe, North America, and temperate and tropical Asia. Its range stretches further south in high mountainous areas such as the Alps, Carpathians, Pyrenees, Caucasus, and the Tibetan Plateau.

It is a common plant all over the high Arctic throughout most of Europe, The North America continent, and temperate and tropical Asia (from where this product is obtained). Its range of growth stretches further south in high mountainous areas and regions such as the Alps, the Carpathians, the Pyrenees, the Caucasus, and the Tibetan Plateau.

The root is astringent and is styptic. It is often used in the treatment of abscesses and boils or as a gargle to treat sore throats and loose gums. Additionally a lotion made from the root is used to treat ulceration. It is mostly used in Ayurvedic traditions.

There have been some reports of the use of this herb causing slight photosensitivity in those using it.