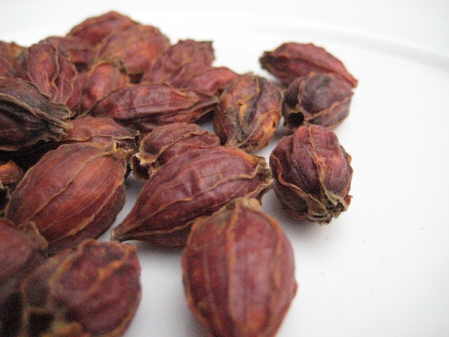 Cape Jasmine or, in China, as Zhi Zi.

Gardenia (Gardenia jasminoides) is mostly prized and very highly considered for its sweetly scented blossom and few people realise that it has both medicinal and culinary uses. The fruits contain yellow pigments that are frequently used as a substitute for the more expensive saffron. It is also a source of valuable anti-oxidants. Even less well known is that it is related to Coffee ( Coffea arabica ) and is sometimes known as Cape Jasmine or, in China, as Zhi Zi.

Medicinal Uses for Gardenia Fruit as a Herb:-

Its first recorded use was from the Han dynasty in China ( AD25-AD220). The leaves, fruits and flowers were used in China as a remedy for the common cold. All over Asia, it is known as the ‘happiness herb’ and was, and still is to some extent,  said to detoxify the liver.

It is considered to be a herb associated with love, healing and spiritually.

In China, the flowers are used to flavour herbal teas, often in combination with other herbs and flowers such as chrysanthemums.

Gardenia infused teas are used to detoxify the blood, relieve congestion and help lower LDL, or bad cholesterol. Externally, Gardenia is used for skin inflammation, sprains and has blood staunching properties. It is still used in the traditional medicine of Vietnam, internally as a hemostatic agent.

Culinary Uses for Gardenia Fruit as a Herb:-

Fresh Gardenia flowers can be added to salads or used as garnish. The fruits are frequently eaten but this dried fruit is highly valued for its natural yellow colouring obtained from the fruit which is used in the food industry as a less expensive substitute for the highly prized spice, Saffron.

Gardenia fruits contain carotenoids including crocin and crocetin which are also found in the Crocus species of plant, of which saffron is a member.