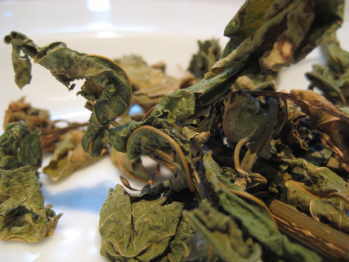 BACKGROUND INFORMATION ON GUINEA HEN WEED AS A MEDICINAL HERB:-

Guinea Hen Weed is a well-known Jamaican remedy for headaches, fever and colds. There are several ways of using it, for example grating the root and steeping it in rum before rubbing the mixture over the head, or simply tying leaves to your head but most people take it as a hot infusion.

it is also also known as: strong man’s weed and its botanical name is Petiveria alliacea. The root taken in large doses is particularly toxic so the leaves are usually udsed for making any infusions.

Guinea hen weed is found in the Amazon rainforest and tropical areas of Central and South America, the Caribbean and Africa.

TRADITIONAL USES OF GUINEA HEN WEED AS A MEDICINAL HERB:-

It has a long history as a medicinal plant in the Amazon, where it is known as anamu. where its main use is against colds and as a pain reliever for headaches, rheumatism and arthritis.

The plant is said to have magical powers. The strong smelling leaves would be scattered around the room to to keep away duppies (unfriendly spirits).

The root is traditionally used in an insecticide preparation, probably because of its strong smell and its toxicity.

Guinea hen weed has been widely studied in the laboratory. Its traditional usefulness for arthritis and rheumatism has been supported by research that shows it does have anti-inflammatory properties and may stimulate the immune system.