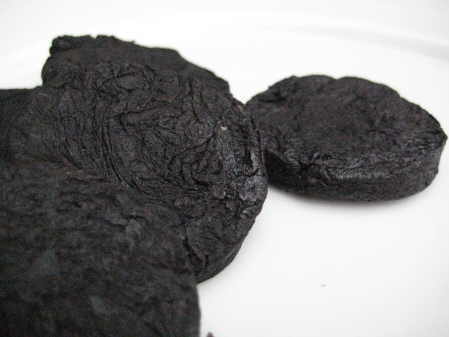 Chinese Foxglove Root (Rehmannia glutinosa) is used in Traditional Chinese Medicine in its three form and for different reasonss. It is a perennial native to China, Japan and Korea that grows to a height of around 30 to 35 centimetres. The root is thick and reddish yellow when fresh but when dried and processed the root goes black.

Di Hueng in its fresh condition

Shu Di Huang in its cured condition (this product)

This herb is one of the traditional Chinese medicines used by Chinese practitioners for cases of tinnitus and general loss of hearing. It is also used in Japanese Traditional Medicine for asthma, diabetes, anaemia, kidney complaints and osteoporosis however there is no clinical evidence of its efficacy and claims for its traditional use are based largely upon the history and folklore of its use.

It is used as a general tonic and is considered to be anti inflammatory so has been used in cases of rheumatoid arthritis, joint pain, swelling, and to help with  increased joint movement.

iridoids, phenethyl alcohol, glycosides, cycloentanoid monoterenes and norcarotenoids have been reported from the fresh or processed roots

It is one of the so called 50 fundamental herbs used in Traditional Chinese Medicine.