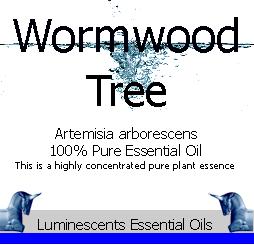 Tree Wormwood (Artemisia arborescens)  is native to the Mediterranean region. It is an erect evergreen perennial plant, with masses of finely-divided aromatic silvery-white leaves and single-sided sprays of yellow daisy-like flowers. This plant is cultivated for its foliage effects, but in colder and more temperate regions it requires the protection of a wall. All parts of the plant are very bitter and it is not fed upon by many animals although those that do have a bitter taste themselves when eaten.

It is sometimes called Great or Greater Mugwort. Arborescens means tree like and the genus is named Artemisia from Artemis, the Greek name for Diana.