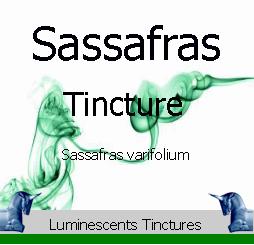 Sassafras Bark from which Sassafras Bark Tincture is extracted was used extensively for food and medicine by Native Americans long before European settlers arrived. Sassafras was one of the first exports of the New World. In the southern United States of America, the roots were boiled, then combined with molasses, and allowed to ferment into what was commonly known as Root Beer.

Sassafras tea is made from the root bark, it is refreshing and a tonic. The root bark and root pith also used in tincture form are used in alternative medicine as an alterative, anodyne, antiseptic, aromatic, carminative, diaphoretic, diuretic, stimulant and vasodilator.