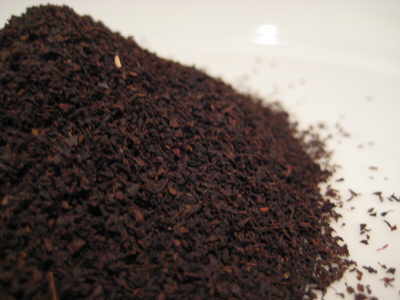 Dickoya BOP is from the tea gardens on the Western Hills. It is in the Nuwara Eliya (pronounced Noo-Ray-Leeah) district.

It is a bright liquoring and mellow tea.