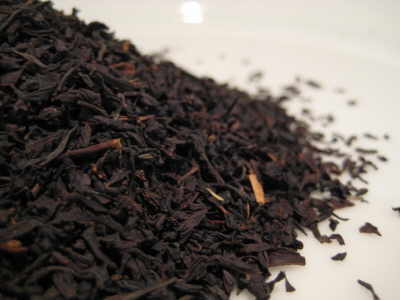 China Black Congue is a  large leaf black tea from northern China with a fragrant aroma and a  full taste with a bright liquor.

With a history of tea cultivation that dates back more than 2000 years, China still produces the widest range of teas in the world. The tea plant, Camellia sinensis, evolved in China, and from there was exported to Japan and later throughout Asia. We stock a range of fine China teas includes both green and black teas, some of which are delicately flavoured with flower petals, and of course several varieties of that famous scented tea, Earl Grey. China Black Congue is considered to be a fine black tea.