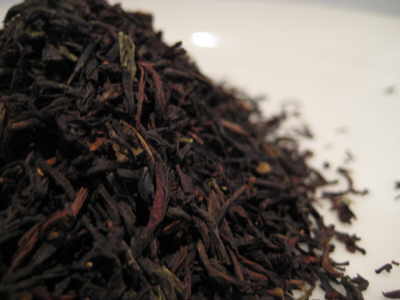 Earl Grey Imperial is a  blend of six classic teas from China, Darjeeling, & Assam from India and an Oolong from Formosa, all delicately scented with the finest natural oil of Bergamot. It is a “fine” blend given that it uses so many teas from different locations to provide its distinctive taste and aroma. A China Earl Grey is usually only be made from tea grown in China. In this case this product is from China from one of the better known blending establishments who import tea from India and Taiwan to make their distinctive Imperial blend.

The Earl Grey blend, or “Earl Grey’s Mixture”, is assumed to be named after the 2nd Earl Grey, Charles who was the British Prime Minister in the 1830’s and author of the reform bill of 1832. The story goes that he received a diplomatic gift of tea flavoured with bergamot and liked it so much that he did a great deal to popularise it.

It is only in recent times that the traditional black tea Earl Grey blend has been joined by green tea and oolong tea varieties.