What is an Attar?

The word Attar is derived from the Hindu/Urdu word Ittar which in turn derives from the similar Persian word for Perfume, Itar, and is an essential oil derived from botanical sources usually blended with a wood oil like, but not always, Sandalwood.

Most commonly these oils are extracted via hydro or steam distillation. They can also be expressed by chemical means but generally natural perfumes which qualify as Attars are distilled with water.

The term is mostly used in the Middle East and India nowadays instead of the term essential oils but historically an Attar was very different.

Attar oils were once generally distilled into a wood based oil such as sandalwood and then aged. By and large they still are.They are extremely strong in aromatic terms and a little (just a drop) can be overpowering. Their use is popular in the middle and far east particularly as they are alcohol free but they should be used sparingly and with circumspection. 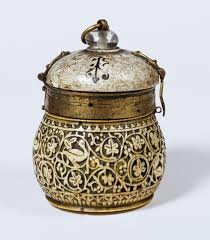 The aging process could last from one to ten years depending on the botanicals used and the results desired. Technically Attars are distillates of flowers, herbs, spices and other natural materials. As they age they thicken and become strong.

Their expense is down to the use of Sandalwood or other expensive or endangered wood oils let alone the additional distilled ingredients like oud which is the most expensive wood in the world or Rose which takes at least 9000 petals to make just 1ml of oil.

The ancient Egyptians were famous for producing perfumes or Attars throughout the ancient world and they are still renowned in the field today. The perfumes were extracted from plants and flowers by a process that we, today, would call “enfleurage” before they could be added to other oils. The process was later refined by the famous Muslim physician Shaykh al-Rais who made a distinctive type of distilled aromatic product. He was referred to as Abi Ali al Sina. Some say that he was the first to make a distillation of Rose. Liquid perfumes were previously just a mixture of oil with crushed herbs and aromatics until his distillation process where he is said to have first experimented with roses.

The most famous Attars of his day were Rose, Saffron, Jasmine, Oud and at the time were greatly favoured by the Islamic world to treat numerous health disorders largely. They are still popular today along with a variety of musks but are more highly regarded for their aromatics qualities than their medicinal attributes.

Some of the first users of Attars were the Mughal invaders of India from Persia. Jasmine Attar was the favourite perfume of the Nizams of the Hyderabad state. Traditionally in the Eastern world, it was a customary practice for the nobility to offer an Attar to their guests at the time of their departure. The Attars are traditionally given in ornate tiny crystal cut bottles called Itardans. This tradition of giving a scent to one’s guests continues to this day in many parts of the Eastern world. Among Sufi worshipers the use of Ittars during meditation circles and dances is quite common. 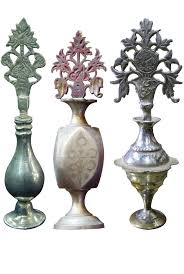