I have been in recent conversations with people concerning endangered plant species that are on the CITES register and am surprised at just how little knowledge and information people who express concern about such things have to hand yet are ready to express an opinion which is based on so little knowledge or expertise in the matter. 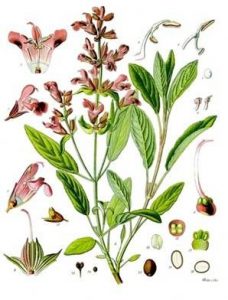 For instance, in a recent conversation, a blogger took me to task over Rosewood or Bois de Rose essential oil saying that it shouldn’t be used as it is endangered.

The operative word is wild.

Native populations know the value of Rosewood and will, because they live, in much of the case, in abject poverty, cut down a wild tree and sell it for the best price they can get. Some would argue that they shouldn’t be blamed. Why would they not try to improve the lives of their family by making a quick and easy buck? Why shouldn’t they try to lift themselves out of poverty? Why would they care for the planet’s biodiversity?

It is poaching. They don’t own the land on which the tree grows and they didn’t plant any of the trees which may have been there for many years or even nurture them in their growth. Poaching is what is responsible for the endangered status of the tree along with over harvesting from the wild.

On the other hand, the Brazilian Government, using the much vaunted Australian principle demonstrated with Sandalwaood ( Santalum album) in India has devoted a large fund to taking periphery neglected already denuded rain forest land and planting Rosewood trees in plantations in order to manage and protect the species, taking some of the saplings back into the wild to colonise the rainforest.

The produce from the plantations is much cheaper  than one could expect to pay a poacher ( because of the subsidies) and can only be bought legally at Government auction. The demand, therefore, which is human originated is satiated to some extent, by the managed plantation stock, the excess going back into the wild. It isn’t perfect.

Other nations are stepping in. As with Sandalwood, Other nations are now experimenting with the planting of non native species to see if they will happily grow and thrive without changing the domestic biodiversity. Its a tricky business because theory doesn’t always have a positive effect when put into practice. Sandalwood is now grown in East Africa and Papua as alternative pastures for the tree. Similarly India is planting Aniba roseodora. It will be years before we know if the outcome will be positive or negative and its an admitted risk. Such intervention in nature can have negative impact it has to be admitted but it doesn’t always have to. It isn’t a given outcome.

Isn’t that a good idea though? Isn’t that a way that human intervention which caused the problem in the first instance, can have a positive effect?

It won’t stop poaching. It won’t stop the illegal trading in poached Rosewood. It wont stop those that don’t care, or consider themselves too poor to care, from poaching.

It WILL stop the eventual extinction of the species. We can’t change human nature overnight – it takes years of education and poverty elimination to reduce criminal or illegal, at best, activities with endangered species but those who do care can slow the process down or reverse it with their intervention. An outright ban on all Rosewood products will just increase demand that will be met by more illegal practice if there is no positively inspired intervention.

Who pays for the subsidies and Government funding? The taxpayer or the purchasers of legally obtained Rosewood products? It should be the latter.